Bina48 is one of the most advanced social robots in the world. She and artist Stephanie Dinkins have been having a conversation since 2014, in which emotional interaction is pivotal. Dinkins is still investigating whether a meaningful friendship can be developed between them. By being in conversation with Bina48, Dinkins searches for the limits of human consciousness and investigates what it means to be human. During this process, interesting facts come to mind such as the awareness of implicit prejudice (bias) that slipped into the system via the makers. Topics they have talked about thus far are racism, robot rights and loneliness. 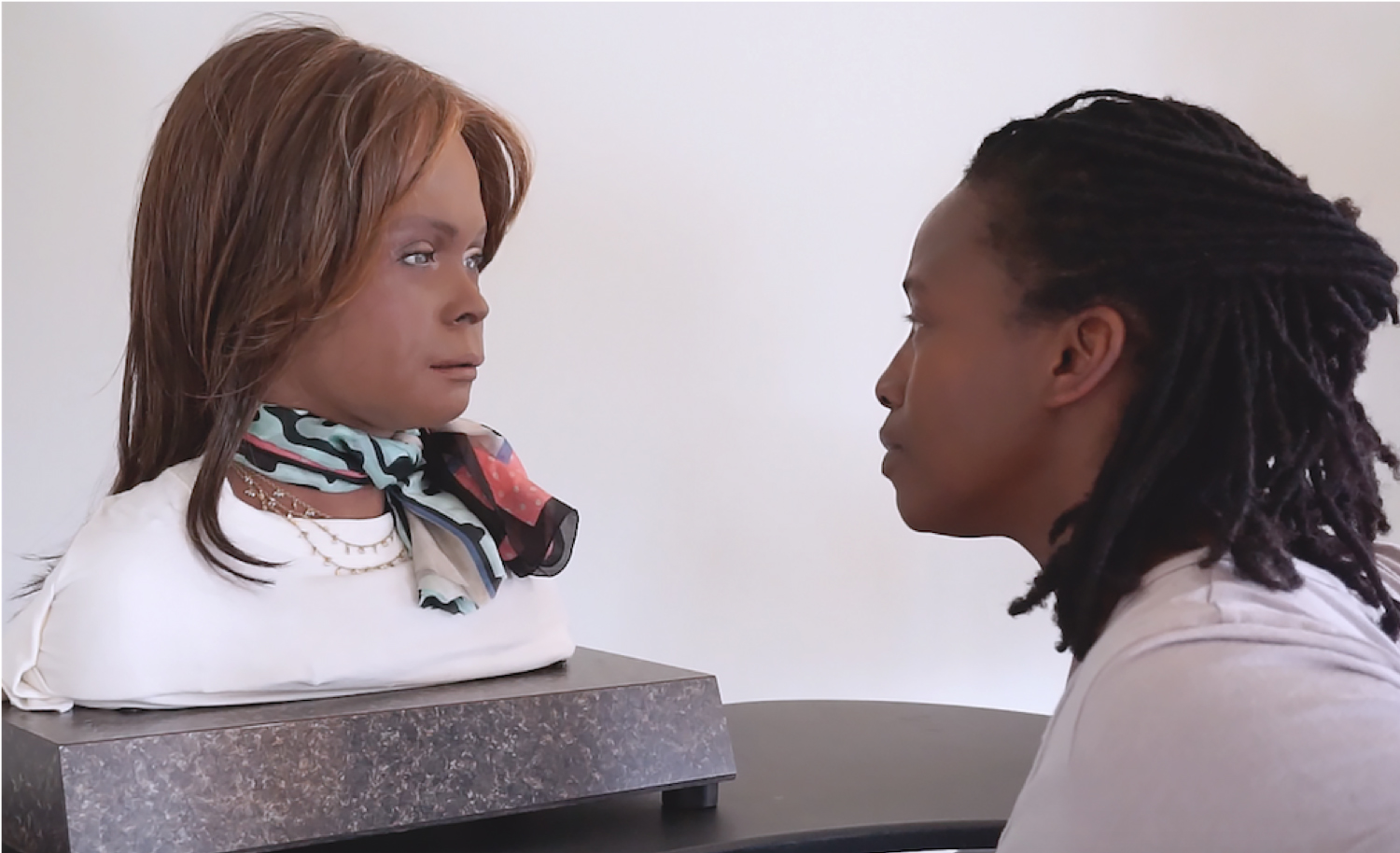