The Robot Love Embassy in the former department store V&D in the center of Eindhoven, attracted 63.000 visitors.

From October 21 until October 29 2017, the Niet Normaal Foundation presented the Robot Love Embassy as part of the World Design Event, which was held during Dutch Design Week 2017 in Eindhoven.

The ROBOT LOVE Embassy explored the relationship between humans and robots. 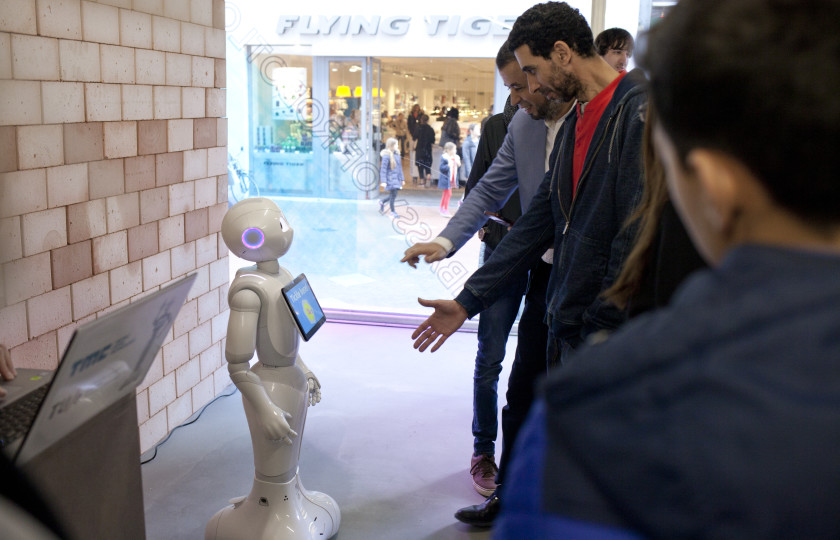 The Army of love

The Army of Love is a group of love soldiers, founded by Ingo Niermann, from the observation that the sexual revolution in the 60s did not lead to an equal distribution of love. There are major differences between people in high demand, and people barely seen. Love soldiers strive to ensure that love is available to everyone. Inclusion is paramount.

The ROBOT LOVE Embassy explored the relationship between humans and robots. With the Technological Universities of Delft, Eindhoven and the University Twente, robots were programmed to learn from their interactions with humans. During nine days visitors could practice in giving and receiving love in the Living Lab of the ROBOT LOVE Embassy. A Shelter for Abandoned Robots served as a first step to entice passersby and consumers to join. They could practice how to build a mutual relationship with an unknown robot. Artists and coaches guide them on their way.