Robots and AI in videogames

Over the past decades, robots have been more and more prevalent in literature, tv and film, but did you know robots are represented quite extensively in videogames as well? There are a lot of games that feature robots, androids and AI, but some of them really touch the subjects of identity, their relationship with humans and their role in society. If you would like to dive deeper into these themes from a playful angle, you should check out the following games: 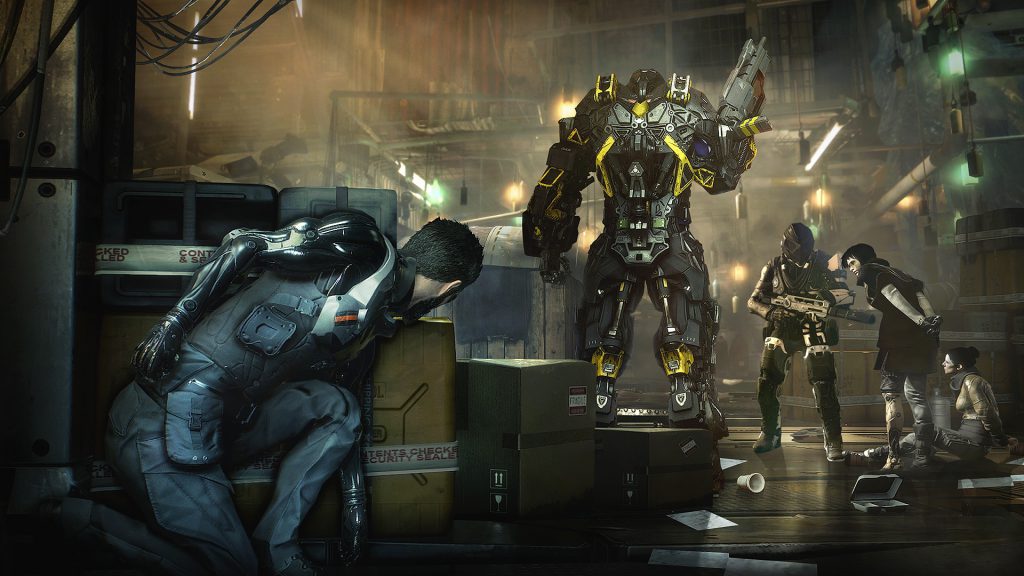 The games from this franchise take place in a near, dystopian future, where cyborg-like nanotechnology implants or augments exist. Access to this human-enhancing technology is limited though, causing a divide between augmented and non-augmented citizens. In this first-person shooter-style game you are to unravel the secrets of several megacorporations and organisations that seek to control the future of the human race. 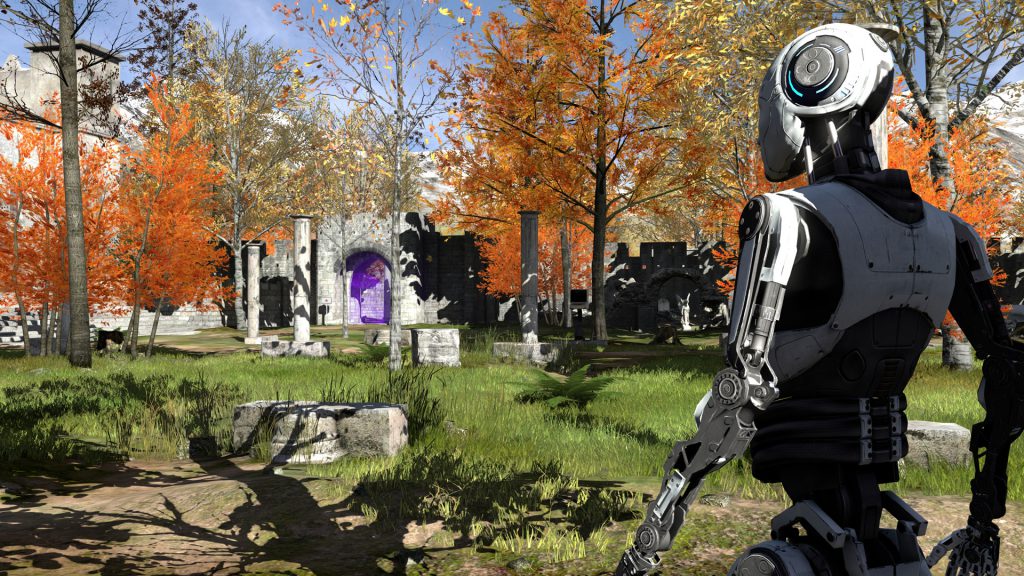 In this puzzle game, you find yourself, a robot, waking up in a strange world of ancient ruins and modern technology. During this game you explore your surroundings and are tasked to solve a series of complex puzzles. However, you don’t know who you are or what your purpose is. Do you blindly follow instructions, or will you find out more in this ontological journey? 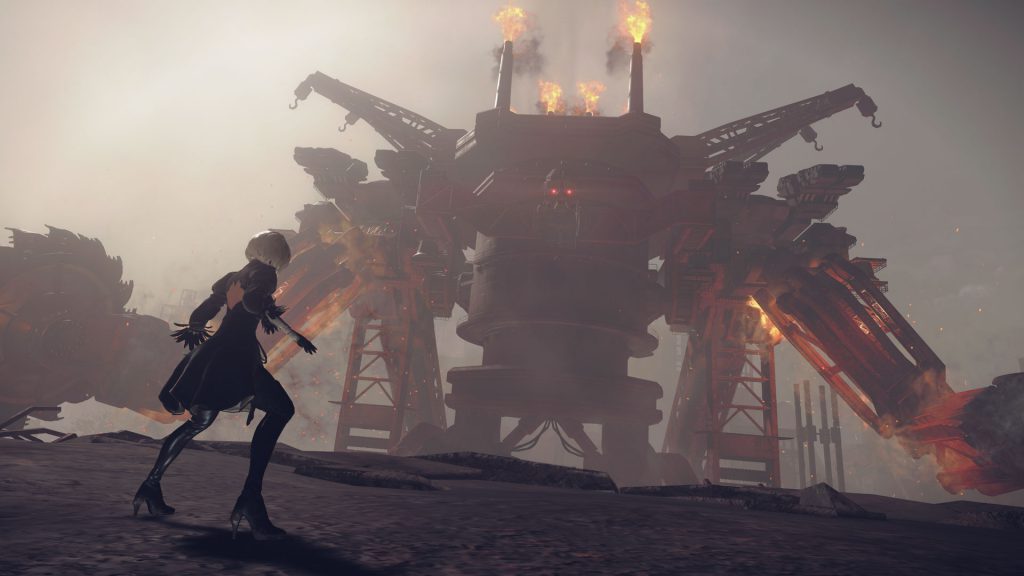 An alien machine race has taken over planet Earth. Humans have fled to the moon and created a force of androids to reconquer Earth. You play as one of such androids but soon uncover a chain of revelating truths that put the situation of mankind, the machine race and your own identity into a whole different light. 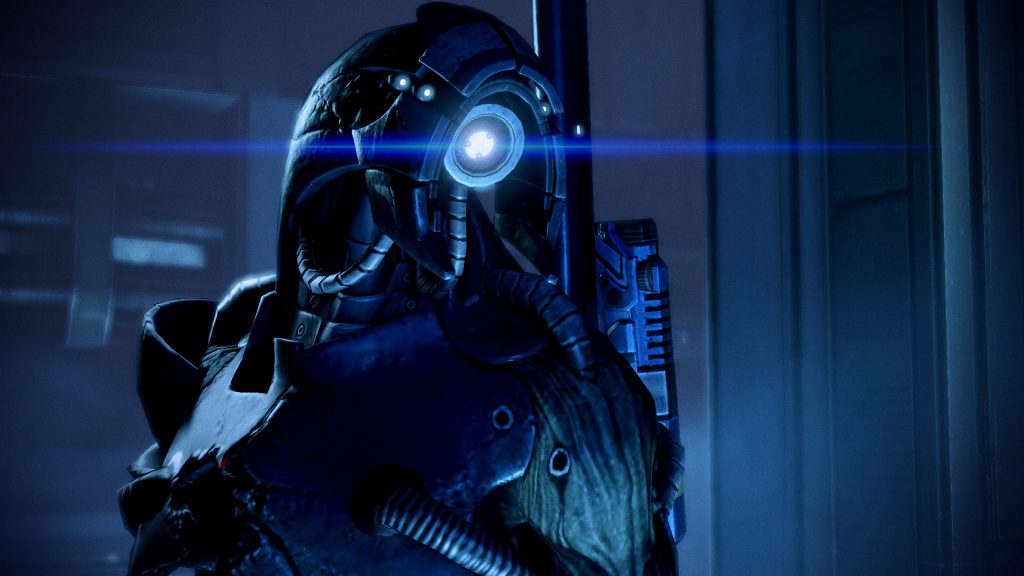 In this Sci-fi roleplaying game filled with fantastical races, you are commander Shepard, the officer of spaceship Normandy. Uncover what is threatening the future of all intelligent life in the galaxy, discover distant planets and get involved in intergalactic diplomacy. A special shout-out to the story of the Geth, a race of networked AI’s that became sentient. 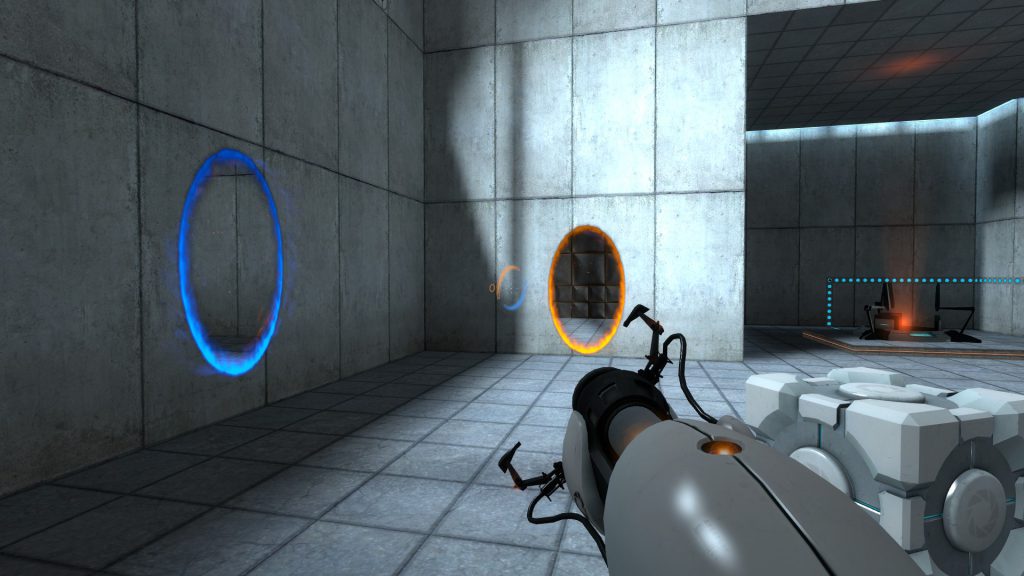 Portal tells the story of a human, trapped in an AI-controlled research facility. This AI, named GlaDoS, closely follows the player through a series of test chambers, not avoiding any chance for verbal ploys. Using the infamous “Portal Gun”, the player must puzzle its way through the facility, where at the end it will receive cake for completing the training courses. Unless there is more to it? 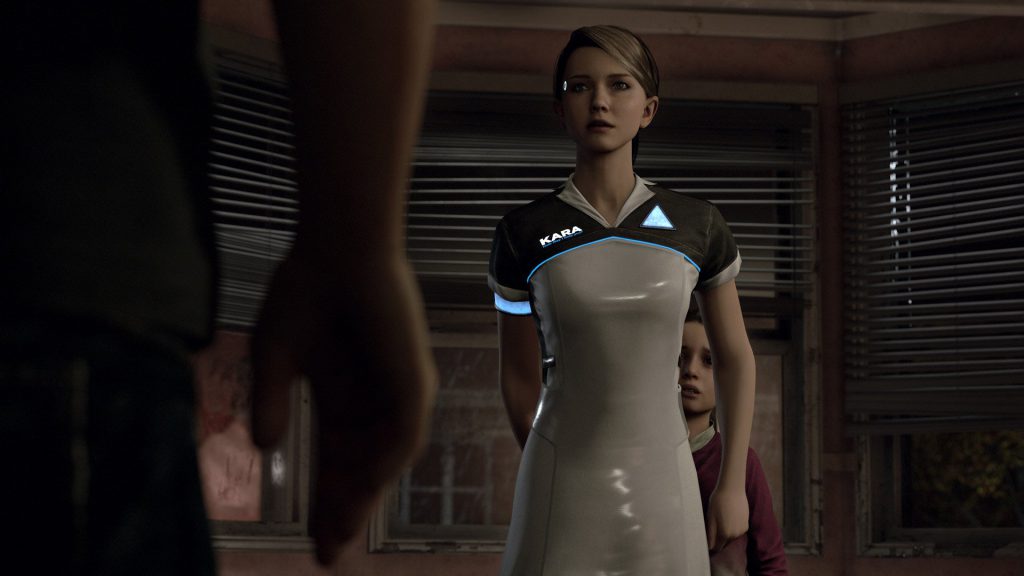 Set in the year 2038, where androids have become a significant part of society, Detroit: Become Human centers around three android characters. Each android has a different purpose and faces various situations. As a player, you’ll confront dilemmas and are forced to make quick, on the spot decisions. Your actions heavily influence the course of the game and its ending.

Did you know? The Robot Love Expo Experience contains a videogame as well. Check out “Survivor”, by Reija Meriläinen.